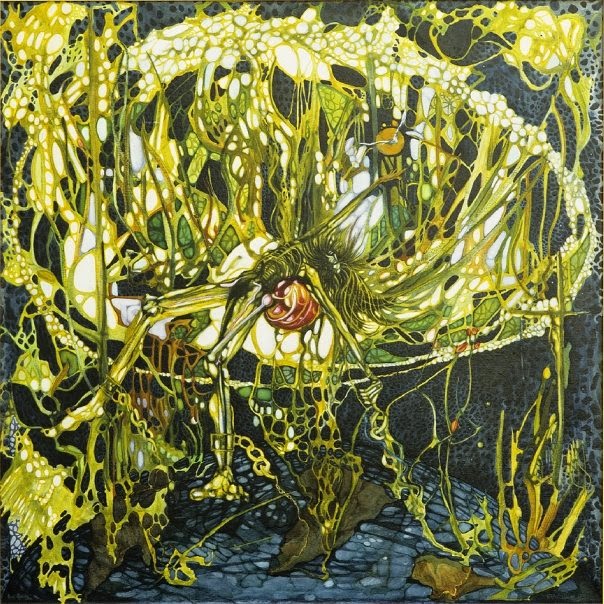 
* This is the true joy of life, the being used for a purpose recognized by yourself as a mighty one; the being thoroughly worn out before you are thrown out on the scrap heap; the being a force of Nature instead of a feverish selfish little clod of ailments and grievances complaining that the world will not devote itself to making you happy.
(Shaw, 1903, Man and Superman, Penguin Plays, p.32)

So, you wanted to know how one deals with continuous pain? Well, we take on our karma with effective self-discipline and grace, or we may wither, whimper, and can wish all too loudly otherwise. And personally, I've known near continuous pain now for 50 years.
"Pain is inevitable, suffering is optional," the Buddha said. Well, this journey for some of constant pain is debilitating, frustrating, enervating, and simply seems unfair. And like most things in life, one is left having to make sense of it all by ourselves, for another person's sense is not necessarily ours. It is the isolation of being in pain when there is no-one around to sympathize, empathize, or even bear witness to our endurance that pain really tests us, for in those long lonely hours, of what USE is our endurance and the suffering and the immobility and the harshness of our distinctive and seemingly unique reality?

It is precisely in those moments that the trick of minimizing the present reality becomes a personal practice, for I know that my own little clod of reality (as Shaw (as above) would have it) is very much diminished in comparative perception of the universe, and of what I can do for it by honouring a larger totality than myself, by contemplating its vastness of potential, and of focusing on the creative, the generative, the mystical, the pragmatic, the absorptive, assimilative, inclusive and integrative potentiality that is the gift we all have, to whatever degree we realize it. And so, like the choice of opening or closing the icons on a computer desktop, I minimize the pain window, open up and explore the other icons of my cognizance, and rather than pushing against pain, or being annoyed by its perseverance, I dial up some other icon and overwhelm the pain with some other aspect of my unlimited potentiality, given that I grant the same unlimited-ness to each and all in the essence of our being yoked to everything. And the more adept I become at minimizing my response to one set of provocations, particularly pain, and maximize the choice of my chosen direction, whatever creative or focused endeavour I turn my mind to, the more I become accepting of the moment by moment by moment. Move but slightly and the stab indeed brings me back to the painful reality of physical nerves rubbed raw and sudden jabs of agony, but then the journey resumes; it is a constant journey of voyaging with my senses focused on the next destination, rather than on the rattle and squeak of the bone-based vessel in which my being travels.

Wisdom would have us realize our journeys are at once for ourselves and others; we are cells connected to every other cell in a continuous process of covalent bonding, osmosis, and essential evolution. We are learning, voyaging, taking on a sea of troubles. Impatience with the process is among our many difficulties. Diamonds take time. How do we slough off the entirety of the old as we progress through to the new? How many times shall we pass the travail? How do we make the transition permanent by choosing to let go of the past habituations, by truly metamorphosing to become the butterfly from our own caterpillar-like crawling toward our larger destiny?

Ever felt transparent? Ever reached beyond your grasp? Ever felt pain as a source of connection to the energy inherent in everything? Ever felt shackled by the constraints of country, civilization, collections of others? Soul Spring as a painting arises out of a person’s desire to reach beyond one’s immediate confines. The central figure, rendered semi-transparent by the energy radiation of his pain and circumstances is stretched out in a universe of molecular manifestations. Around him the semi-golden gyre of *aspiraling souls [*hereby coined] ascends toward greater enlightenment. He is shackled back to the materiality of the earth, Australia, Africa, and the American-Canadian continent. The mystical Rood, that giant staff of vertical assurance, is a mark of his ethereal insightfulness, and the mystical albatross, depicted against the gold of the moon, a symbol of his willingness to journey beyond the self. Then too, to the right of the painting is Christ on the cross, a symbol of one’s sacrifice of the self. And all around him are the seeds of virility, of the generative powers of the future, sponged up in the inevitability of the entirety of the universe. It is a painting of the visceral potential in each of us to escape beyond the concrete bonds of our existence. Painted in 1977, when the artist was recovering from a spinal surgery, it was an image that repeated itself so incessantly that he had a friend rig a canvas up above his bed, and he brought the canvas to life. The original is done in Renaissance oil glazes and is 48 x 48 inches (four feet by four feet). Only afterwards, when in university in the 80’s, did the artist come across the poetry and imagery of Blake and Donne, wherein such metaphysical conceit was not only endemic to the mysticism of poetry, but explicitly as apparent. May the piece have ever growing meaning for you too!
See: www.RichardMichellePentelbury.com

Posted by rfpentelbury at 9:42 AM