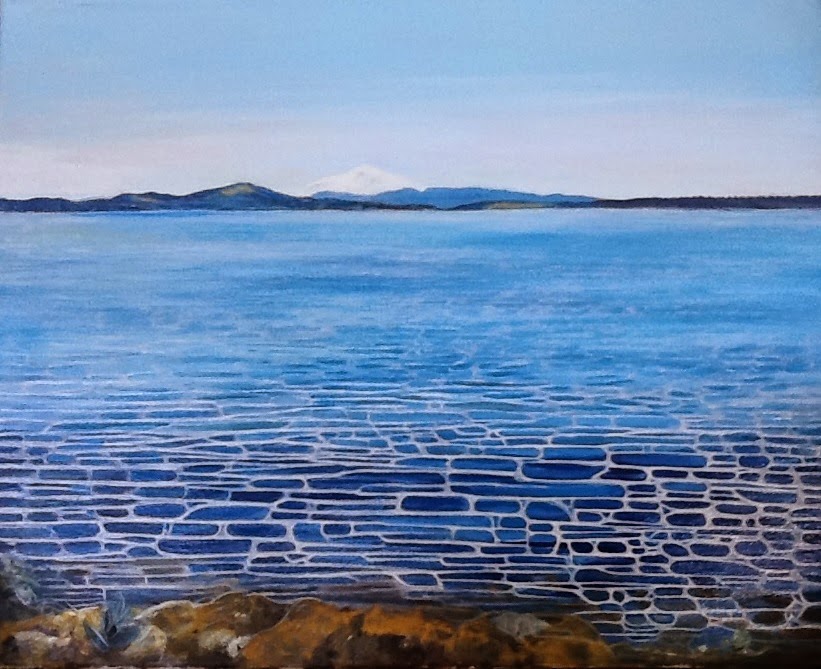 I suppose some will relate. The fingerprints of those we love and may not see again give us pause before we wipe them away from our crockery, the bottles they drank from, the bedding in which they slept. Grief does that. It is a sweet emotion that will have one lifting the absent loved one's sweater to the face, as though the garment itself will reach out with ghostly arms akimbo and embrace you. And it is the friendly ghosts of those we love that accompany us, in the car, in the elevator, in the hallway and in and about the rooms we both have occupied. But the real-real persons are not there. Not anymore. Perhaps not ever again. And grief squeezes at the chest.

I've two pebbles given by a friend. I've a glass bubble. I've a small seed-pod resembling a bird's brain that I picked up in the Kruger Game Reserve. I've things that had I had my own children I may have given to them; but being childless, the horse-statue, the train-engine, the teddy-bear are connections to more than an unfulfilled boyhood; they are touchstones to the pleasantries of a distorted past. (For what else can one actually deem one's history to be called unless it be picture perfect, entirely commensurate with those who recall 'back then' and relate to the same impacts?) Corroboration is a most treasured thing. When the item at hand still resonates with the presence of the giver then is sentiment silly? But even more, when the stories of the past have been experienced by one's brother in much the same way as oneself then the reassurance of impressions, especially after a long three or four decades of reiteration, is an affirmation indeed. Sentiment is both mental and actual. Things have great meaning; memory has great power. And we are impelled by the importance we give to each. We keep stock of our treasures, material and mental, and we spend a lot of energy maintaining them. Or not.

Some of us are pretty forgetful. (It was interesting to have my brother, after a 40 year absence, remind me of some events that no longer resonated; yet entirely rewarding to have him confirm my long-held impressions and old-aged conceptualizations. But he was not at all affected by items that used to hang on our beloved Grandmother's wall; they did not register. Many of the photos I still have were of no meaning to him, and neither 'should' they be.) Thing is, this essay is not about the specifics of brother Andy and me; it is about the generality that we as humans experience with the detritus of our lives, and what any one of us makes of the flotsam.

As I type I'm sitting with a magnificent view across the Georgia Strait of Mount Baker, snowiest of the USA mountains. Andy and Elsabe did not see this. The weather was too turmoiled. Yes, mist and cloud quite often separates us altogether from the distant and makes the immediate that more significant. In life itself, many of us walk with our heads down in animated chatter with a neighbour, careful perhaps not to trip on the proverbial tree roots, but so engrossed as to be hardly aware of a life going on beyond ourselves. So too right now for so many of the Island View beach-going-passers-by in my shade spot under this tree. They do not know that Harville Hendrix and I once paused here, right here, in a lengthy conversation. That he is famous made and makes no difference to those noticing me. And so too from me to those going a-chat-chatting past me now; each is just an 'anybody'. (A 'somebody', most of us think, would be more recognizable.) Yet the intercellular-air circulates everywhere, connecting. The sea; intemperate air; all things; plants; creatures; people; we are each but molecules of a greater whole.

That's why I resonate with certain things. It's as though they retain the essence of the person I love who last touched them. Yes, the thing needs my knowledge thereof; and so I am inclined to sense for the loving fingers that wrapped the package of home-made marmalade, that stretched the elastic band. And yes, I can recycle such things. Let sentiment go. But not so easily the keepsakes given by people who mean a great deal to me, or that represent a story that can be begun by a glance. But yes, lose them, break them, have them stolen, and they were just things after all. Sentiment and silliness are the vestiges of the child in us still not sure of un-conditionality. Yet must it have to take lifetimes to feel oneself entirely worthy with nothing before oneself but a view? 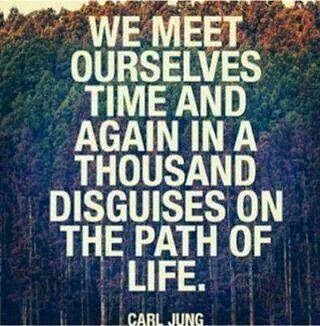 Posted by rfpentelbury at 10:18 AM