Birds Of A Feather? 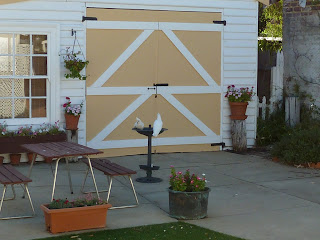 The corellas are not quite pure white. They have some pink and golden green, but at first glance they appear quite pristine. And then, as they flock to the free feed-fountain of replenishment, one notes their individuality. The baby one drew the most observation. All puffed up and wailing with a need for constant attention, it intruded on the sounds and serenity and calm and peace and conversations of others that might’ve been more settled. Their feeding was as close as any of the birthday tables that stood around, and the chairs and food-stuffs were at least protected by the real people, but the corellas, such marvellously big white and wild Australian parrots, much like birds of a feather, stayed flocked together. And they grew braver as the afternoon wore on. More of them came to join in the party.

Birthday parties can be like that. Sometimes there are so many others each focused on their individual needs that one is not quite sure just who the birthday-recipient is. And especially when the newest very late comer arrives, nudges over the others at their perches, digs in, and sets up a monologue of the latest escapades involving his/her own life, well, the other birds do tend to get their feathers ruffled. And we do what we can not to look too long into each other’s eyes, lest the uplifted eyebrow, the roll of the eye, the pursed lips may give away the aside that is brewing, if not boiling. Interesting how some birds are so brusque, so insensitive, and so non-aware. Here and there a healthy or frustrated squawk from some other animal tries to break the pattern, but then the perpetrator of the main story continues, as though the babble and the occasion and the gathering was entirely all arranged just for themselves.

Presents at birthday parties can have a most ‘obligatory’ sense about them. Especially after the seventh box of chocolates, or the obvious lines in a card. And the problem with commercial cards is that one might receive two of the same kind; same picture; same sentiments. Add that to the same kind of box of chocolates and something of the magic gets lost in the revelation. Such are the risks we take when opening gifts, let alone in giving them. How does one keep up an excitement over ‘more’ of the same?

Some of the corellas stayed on the outskirts; they did not feel bold enough to venture toward the main centre occupied by the other birds. They scrabbled for slim pickings, the left-overs from the feed, the unwanted by others. Some birds seemed shy. Some seemed no more than observers. Some appeared impatient to be elsewhere. Some appeared rooted in their own idiom. Off to one side were magpies, more wary of the crowd. Across the way were spoonbills, sacred ibis, a kookaburra, and a throat-bejewelled wattlebird. Crows made the most awful sound, entirely without care for others’ comfort.

Champagne, beer, wine, spirits, and another round of mixture of all and for all kept the party lubricated. A large birthday cake (beautifully inscribed and adorned with maraschino cherries) was forgotten about atop the dining room dresser. Only some 6 people were left of some 23 by the time it was remembered, and the sparkler was then lit, and we sang a waning happy-birthday tune, and the cake was handed round, but the effect was one of ‘an also’, rather than a specialness of moment. Nancy bore all with a dignity and decorum and grace and smiles, but when everyone had gone, and we were left with the remnants, there was a debriefing that was naturally disappointed with the outcome. Like those corellas, people each were at an event very much seen from their own point of view. Oh well, there’s always next year. Or is there?
Posted by rfpentelbury at 12:24 AM