Room for a View? 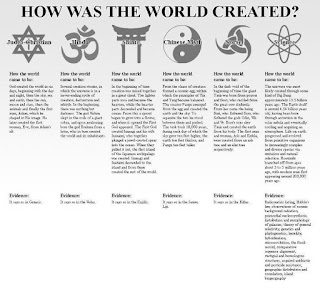 Absolutely, I respond. It's the sort of word one sometimes uses, even though it's about a specific view-point held, an apportionment of the whole, a segment of the truth as one knows it, an avowed verification personally understood. Totally! Even by such a word we mean within the context. For some such partiality of view is just not good enough. Yet, how possibly to be conscious of Everything, The Totality? Even our Gods have many names, differing adherents, diverse religions, faiths, beliefs, and many disclaimers too.

Perhaps, given that we innately and essentially have the potential to be entirely, totally integrative in our intuitions, interests, feelings, understandings and intentions, some of us are not readily drawn or given to being a This or a That. Such seeming fence-sitters are neither blue nor red nor an eagle nor a bull to frustrated political, religious, or sports-team builders. Yet to the eclectic, being a This or a That is to be curtailed amidst the galaxies of our entire universe to a given planet, moon, or star. Within universality the conscription of the self to any one co-ordinate indeed circumscribes. By contrast to this ease of accommodating variables, by contrast to having an esemplastic sensibility in its growing willingness to encounter myriad generalities, there are some who practice strict adherence to specificities. Some even proclaim a particularized reservation at the proverbial pearly gate. Some expect a room with a view. Others believe that they'll be served by willing vestal virgins. Pedigrees especially. Such are some of mans' beliefs.

Mongrels, mayhap, are more integrative. They are not too choosey, nor too selective; a simple preference guides them as opposed to inbred habits of selection. Integration’s essence is an accretion of acceptances. Whomever, whatever, whichever, whenever is all par for the course, an anathema to those attached to tradition. Integration has it that one has predilections, choices, practices preferred principles, yet becomes comfortable that all practices and principles exist. Even the worst. By such inclusion even of evil integration absorbs, contains, and minimizes the apparent ubiquity of the negative. To push against it is to encourage its pushing against you. So one works with dark and light, and the balance is in the very art of living. Mongrels tend not to be specialists.

Integrative preference leads naturally to Godliness over Hellishness, Light over Dark, Positive over Negative. Enlightenment is a journey, not a product. Choice is paramount. Degree and predominance of choice habituates us. We are works in progress. Which part of Everything is not? We all are in the classroom of life, communing together, evolving as conscripted, or as we will, or choose, or think, or even as we prey or pray.

Prayer, OMG, is like a natural connection to malleable potential. Belief in God, for an integrationist, is a belief in Totality, in Everything, in One, in Plurals, and even in All the Fragments too. Humans basically bind under the spell of love, community, with intention to be kind, honourable, caring. But? And the divisiveness commences. Christ, Buddha, Mohammed, and Zoroaster among others were men who inspired millions; yet we but peep mostly through the holes in the solidness of fences around ourselves to take in a bit more of the view at a time, and so too investigate yet more light. Would a room with a window not otherwise have its vistas, absolutely, completely obscured? Hmm?
Posted by rfpentelbury at 11:42 AM