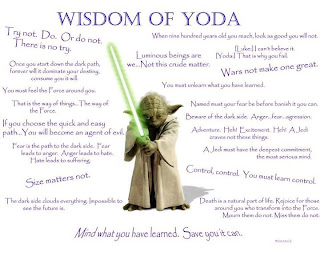 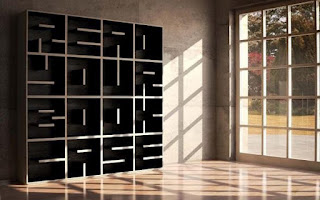 At what age may one declare oneself? Experience would seem to bring wisdom, but many a child has made an adult think twice. Metacognition, though muddled at times, mounts in clarity to aspire toward yet more, or what's enlightenment for? It is the degree of our perception, our awareness, our entelechy, our habituation that is at issue. And, as some would have it, ability to comprehend big words, hierarchy of education, fluency of language, ease of synthesizing ideas, cognitive comprehension skills, and care to progress are among the arguably amassing factors in the articulated ability of the declarant at any given moment. Yet what of childlike clarity? What of you and me?

Entelechy innately inspires the aspirant. Yet habituation can encapture the rapture of a special moment and merely relegate a proponent to practicing its limited precepts within yet another paradigm in the whole; a Ken Wilberian holon. We but tread on a pathway, footstep for footstep, yet a full apprehension of that which is on our journey, as we may readily concur, is limited by our proclivity for habituated perception. Still, what makes a human look beyond the metaphorical horizon, and so invigorates the inner juices as to overcome the inertia of an itinerary that otherwise would have one but be on the mental treadmill? Entelechy engages enervation; enlightenment engages endlessly. Clear?

Dabrowski's five Stages, Grave's nine Memes; models for mankind. Our advantage in being aware of the particulars allows for reference checks in our thinking, adjustments in our behaviours, consciousness of our correlations. We can fake it 'til we make it. We can adopt the new paradigm and predominantly practice its percepts and precepts until we walk the talk, strut our stuff, feel no longer fake. But within, when we look through the glass darkly, we often fear the dross and dregs of that which went before; we often eschew the inclination to progress into that which lies ahead. Who do you think you are, resonates; where do you think you're going, stagnates. We lose sight of integration, and we batten down the hatches, for as Topol's Tevye would have it, if we bend too far we'll break. Why else do we not easily, naturally, happily, readily, climb the Gravesian rungs toward our graves, or drive ourselves with ease and delight through Dabrowskian dioramas? Models for mankind do not necessarily inculcate in us a natural curriculum; we need nurturers, we are in wont of worldly wise wizards, we are often tenuous without teachers. We would rather follow, congregate, conglomerate, coagulate, than be utterly responsible for ourselves.


Understanding takes effort. Looking things up, having things explained, allowing things to be convoluted, accepting things as they are, being in the now, breaking old habits, instinctually being integrative; these are the challenges of life. We prefer, mostly, to keep it simple. We react. Proactive, inactive, we react. The paradox is that it all really is simple; it is ourselves who bifurcate, complicate, hate. It is ourselves who quantify. It is ourselves who vilify, nullify, and disproportionately deify. Intellect vies with integration. Knowledge yields to ontology. As Einstein says, I only want to know gods thoughts, the rest are details. Intuition is immediate. Understanding, now that takes effort. 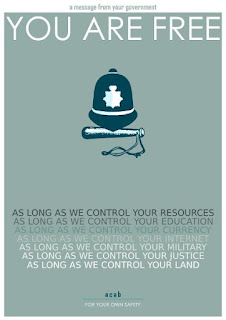 
Sitting ducks! That's what the quaint hodgepodge of forlorn looking dories and yachts and even a beat-up old houseboat are like from the viewpoint of the Selkirk trestle bridge. Once in a while, mostly male, someone clambers the craft and battens down or brings supplies, but mostly, beer in hand, occupants sit smoking and shoot at the old proverbial breeze. But the boats themselves hardly ever move. Anchored over years in the Victoria Gorge, they've become fixtures in a landscape, freeloaders upon a scene, takers of opportunity, compatriots of no consequences. They pay nothing. Without a clear jurisdiction, the confluence of three or perhaps more counties created this pocket and water, and so boaters, learning of this free camping spot, have unconditionally moved in. More come, monthly, and eventually, perforce, there'll be such a plethora of the poorly moored things that someone will have to shut it down, demand payment, set up a fee system and a regulator and a sheriff and a patrol officer and a bylaws officer and build docks and institute safety regulations and create a non-slippery slope up off the waters and onto dry land. Oh, and the council prepared to take on the liability will of course be the one to pay and thereby its constituent taxpayers will be effected too; ain't that the way? After all, ducking laws is not civil disobedience; conscionable protest is.


When any one of us wittingly or unwittingly or especially purposefully knowingly takes advantage of life's seeming freebies we conspire to accrete toward a community so effected as for it to take action against a sea of troubles, and by opposing them, end them. When one smokes in public places, takes short-cuts across a lawn, sneaks in when there should have been payment, gets away with an extra item in the grocery or restaurant bill, a parking spot that should have been paid for, an indiscretion that might have been avoided, an overstepping of one's social bounds it is the cumulative effect on society that perhaps not so gradually builds up to a point where we are so law-bound as no longer free to rely on that antiquated adage, that of having common sense. Recall no validation of identity, no demurring at a personal cheque? Recall a handshake as one's bond, a code of honour that was not observed due to fear of consequences, a time when there were no security tags, checks, pat-downs? Yes, breaking a law to prove its invalidity is indeed civil disobedience, but is done despite consequence to spite consequence!


Directly proportional to a sophisticated society is its amount of laws. Which part of ‘Respect Every Thing And Every Body’ does one need subclauses and adjuncts for, like dangling prepositions up with which those in authority will not put? We create laws when we care less. Unfortunately we appear to need laws to keep us morally right, committed to contracts, honoring our debts. And unfortunately, we generally do-do things out of a fear of a bad consequence, or for our want of a good result, seldom simply because we comprehend that our actions impact another, a larger group, nation, earth, biosphere, or universe. True civil disobedience, on the other hand, like that exercised by a Ruth First, is done with clarity of purpose, on behalf of us all. 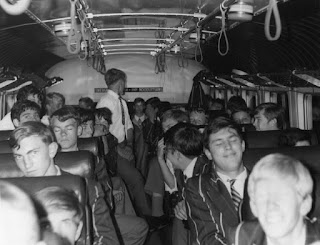 Focus in each moment allows for one to stay appreciative: then, now, and next. The surrealism of socializing on the same day in the Montreal morning, then in an Airdrie early evening, and yet again late in Calgary that same night is somewhat bee-like being in a garden, each investment its own reward. Comparisons often make the present less than what was before, or less than what is expected next, so perhaps one is indeed better off completely to be in the moment, now, however apparently sparse or marvelously mellifluous the present presence of the proverbial pollen.

Poetic license incenses some; others get lulled into soporific sensibility and ride the words willingly; a magic carpet of woven meanings that for some, thread for thread, is discounted, disregarded, disused, and deemed but a weave of wordsmithing; for others it is appreciated for the surreal sake of the multiple-meanings within the measure of a given journey. Time is like that. Perception is like that. A glance is like that. Intuition is like that. It is in our varied states of unconsciousness that we each latch onto an immediate, at best, with which we can identify. So wags the dog’s tail. So dots an i and crosses the t. Expectation is patterning. Patterning is programming. Programming is didactic. Didacticism grounds all magic-carpets, truly, indeed.

Appreciation is a warm glow of gratitude that pervades one’s mood, filters through one’s emotions, and percolates in the chambers of the inner being. And it can be fickle, short-shriven, abandoned, and even forgotten in the passage of the journey from here to there. Like postcards symbolic of an entire vacation we carry with us the pictures that re-envision for us a time-past that, ideally, was wonderful. At times the picture of the past remains willfully woeful. Ouch! Yet when the aftermath of appreciation continues way past the event; even the embarrassment and pain of some spills in life can eventually have one smiling. Eventually. It seems to depend where one is at, at this point in time.

My father once wrote about his distaste of the phrase: This point in time. He was at pains to explain the shifting essence of time and our inability to curtail thought, deed, or intention to a precise point. Yet he very much was conscious of crossing t’s and dotting i’s. My father, when I knew him, was a man deeply disappointed with a great many things, and at this point in time, though I give it no exact period, he is perhaps better off. In pace requiescat. Is that not so much the point of our time here on earth? Or must we wait? Indeed, why wait?

We find it so difficult to pronounce things as they are, recall things as they exactly were in the precise present, envision things now with the reality of feelings we expect to have when there. A pain of past or happiness of future, or vice versa, at this point in time, escapes us. We are so very conditioned not to be in the now, breath for breath, in and out, right here, right now.

“At the still point of the turning world. Neither flesh nor fleshless; Neither from nor toward...” wrote T.S. Eliot, and herein lies the hub. Appreciation right here, right now, gives me a sense of lightness of being, of riding my magic carpet across the vicissitudes of tide and circumstances, and it propels me moment by moment in an aftermath of all that went before. Aftermath; the sum total. Aftermath; that which was, is, and is yet to be. And at this point in time, with deep appreciation, I share such abundance of gratitude for the now, at this point in time, and at this point too, with thee! Past, and Present. Or do i speak entirely of just a new way?

Posted by rfpentelbury at 2:38 PM