Ninety-Five and Still a Model 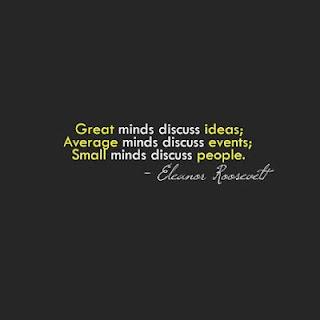 Hilda Doherty is a life force. About to turn 95, she still is a grand-dowager in the true sense of the word ‘grand’. Tall, elegant, beautiful, and with an interest in others that glistens with care from her eyes, Hilda always glows within a room-full of people, takes on the interests  of all those around her, and holds court as though each and every one of us is her special consort. Hilda Doherty has the gift of giving.


Glorious and Free was the play. Glorious and free was the way Hilda entered the audition hall. I’d never seen her before, but instantly knew i’d found the lead character. At that time Hilda was already a young 80. I thought she was a young 60! Written by me for Calgary’s centenary, back in 1996, and spanning the development of theatre in Canada up to the turn of the 19th century, my play needed a brilliant mind, a powerful stage presence, and a miracle. Hilda represented all three. She was to perform in the role of a 90 year old man. As the disguised female twin of her famous thespian brother, long dead, she had to be completely convincing to an unknowing modern-day audience. She had to disguise her body, her voice, and her female mannerisms and instincts in order to portray not only a male, but a leading man. And at play’s close she was  to reveal herself as wonderfully woman, feminine, and not only fed up with the limitations of roles for women in theatre, but with life in general upon the history of women.  When near the end her voice tone abruptly changed, the beard and then the wig was taken off, the bandage around her chest began to be unwrapped, and her explanations came as to why she had taken on the guise of pretending that she was her deceased brother in order to secure better roles, to be a respected role player in society, and to participate in life as a fully fledged human being, the audience gasped. They had had no idea. Hilda was a tour de force!


And we became friends. I would visit her and her always supportive daughter, Mary-Anne, on occasions, and we’d have dinner and scotch and talk of life. In fact, Hilda would drive herself through some dark Calgary winter nights up from her city apartment to my northerly neighbourhood and join our Askers Group at various times. A gathering of young men and women, fresh out of high school, they came monthly to discourse about the questions of life. Hilda, in her 80’s, they in their 20’s, me in my 40’s, and all of us asking questions; what a mentor she was to us all. Hilda set the example of having an interest in everything, of caring about everyone, and of doing so with dignity, grace, good humour, and love. Her favourite word for any and all of us was, darling. Her other word for any and all of us was, sweetheart.


And could she be funny! In Same Old Moon, which I directed for Liffey Players, Hilda again played a lead role, but this time as an ornery aged biddy who, in front of the audience, prepares for bed, removes her teeth, and unceremoniously dumps them into the glass of water on her night table. Ha! Dumping the dentures was Hilda’s idea, as she sought to make the character real in rehearsal, and we immediately incorporated her improvisation into performance. The audience giggled, guffawed, and hooted! Hilda made life come alive!


Making life real, that’s Hilda for you. At about to be 95, and as I write this in preparation for yet another visit to her, I know that Hilda will still be interested in me and mine, and ask questions. Still my mentor.
Posted by rfpentelbury at 11:51 AM