Of Humor and Pain 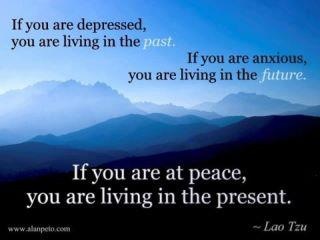 She smiled from the passenger seat, “Now then, isn’t it time you told me about your life."

“Where to begin?” he chuckled, and focused on his driving. A storm was brewing.

But the story of an old witch’s presiding influence on his young life, juxtaposed to that of an old Matabele warrior’s mentorship, their distinctly different prophesies for him, the harshness of his guardian parents on their Zambia game farm, the brutal beatings, the misaligned meetings with his real father, the shooting of the leopard-mauled Rosie, the enduring significance of his first bicycle, the haunting memory of the waylay and murder of his Aunt Vera, the long-standing effect of the hate-filled black youth he’d once fought, the slaughter of their pets, the hideous night of the pillage and burning, the other murders, the escape, the unwanted train trip to South Africa, the white slums of Pretoria, the disgusting abuse he countered in his crippled uncle, the illegal association with next door’s black maid, Muhle, the religious indoctrination and then the seminal day of the whipping on the wash-line pole, the escape to Kimberley, the tragedy of being unwanted, the final discarding of his youth into the gaping maw of the Kimberley Big Hole, the return to Pretoria, and then to Boys High boarding school, the judgmental-ism of his youth, the conscription to the army, the border warfare, the stoking on the railways, and then the wrenching pain of losing the greatest love he’d ever known, all of it, he summed up with: “I was raised on a game farm in Zambia. With independence in ‘64 I was sent as a boy by train to live with family in Pretoria. The slums. Then went to Boys’ High, in Kimberley, then in Pretoria. Conscription followed; sent to Cape Town. Then the border. Was in and out of the army from ‘70 to ’75. Between call-ups I tried some University, and worked in my free time as a steam-train stoker, Mason’s Mill, in ‘Maritzburg. And then I went AWOL from the umpteenth call-up. Left SA as a stowaway. SA Oranje. Made my way up Britain by bicycle. Hid in the Orkneys. Went to Canada as a political refugee. Broke my back after six months. Had to shoot a bear. Got my degrees. All in that order. Now teach. Act. Paint. Direct. Write. Been "married" four, if not five times. No children. And the rest, as they say, is history. Ha!” He hoped that he was done with the past. He hadn’t even mentioned the shark and the year overseas with his father.

She reflected, then said, “But where’s the humor? Surely life is not just a long endurance of hardship?”

He smiled into her eyes for a second or two, then concentrated on the immediacy of the road. “Ha!” he chuckled, “The humor lies in attitude! In the ‘at’ of it. It’s not that things be funny, but that they be surmounted. Our smiling at what once was pain is the real lesson of life; never mind smiling into the teeth of what now is! In the journey from here to there, we can only really be where we’re at. Ha! Let’s watch out for where life’s at. Now, that’s what I’m thinking, ha!”

Still, if you’d like to see more, see: www.PaintingsByOrder.com and its links to my blog.
Posted by rfpentelbury at 9:47 AM