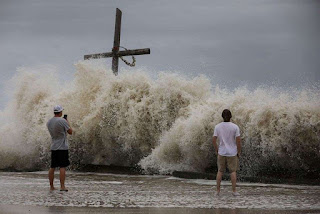 We search. Some know not what for. Some have a clear idea. A thing can preoccupy our energy. Be it a horse, or a buggy, or a book, or an 'other'. Something outside of oneself can represent The Grail, and our pursuit of such may become an obsession. We can discard communication, huddle into ourselves, and search seemingly without distraction for the object in mind. We want what we want. And as the saying goes, “Be careful what you want; you just might get it.”

Others may pay the price for our perseverance. Others can be left on the sidelines, kept in the dark, and be not privy to our peregrinations. The Grail takes on so many meanings. It becomes a symbol, a stand-in for the actuality of the ancient vessel (purported to be used by Jesus at the Last Supper.) Medieval knights made it an enduring relic, ephemeral, insubstantial, and ultimately unobtainable. No one person could own it; it became the stuff not only of 13th century legend, but of the present journey toward enlightenment. And as such, throughout history, it became an object in itself, without which we are bereft of fortune, destitute in our dissatisfactions, and incomplete in our journey. We forget that the present is the time warp of temporal disintegrations, in which an infinite present coalesces with the future, as well as the past, always. And whilst en route in our search for such a Grail we may too easily forget our friends, our companions, our family, and even our other interests

Give me leave for digression. When directing for theatre I was at liberty to insert ‘the mystical object’ onto the stage. In Little Women, to give a reason for entering the room, I had Marmee come in with one slipper, tapping her free hand with it as she searched while dispensing advice: “I'm not patient by nature, but with nearly forty years of effort I'm learning to not let it get the better of me.” In Pirates of Penzance, I had 20-year-old Frederick come off the ship with his teddy bear, the which he protected, until he met Mable. In Camelot, I had Pellinore, the rusty knight in search of The Grail, emerge from the forest with his pet dog, a makeshift of rope and sticks; (not with a real dog, who stole the show in the professional production I once saw with the famous Richard Harris.) And in the Savoy Opera, Iolanthe, I again had a teddy bear, searched for and then lovingly found by Private Willis, the lone Sentry, as he sings: “When all night long a chap remains on sentry-go, to chase monotony he exercises of his brains, that is, assuming that he’s got any. Though never nurtured in the lap of luxury, yet I admonish you, I am an intellectual chap, and think of things that would astonish you.”

The point is, The Grail, for each of us, has a different value. And given the now for now of our lives, we obtain, grow used to, take for granted, and even discard the many grails of our passage as we grow in years, yet not necessarily in wisdom.

Symbolical, intuitively unobtainable, The Grail is understood not so much as an object, but as that quality of being ‘happy’ with what one has found; or even better yet, at peace with where one is at. It is as the poet, Robert Browning, puts it: “Ah, but a man's reach should exceed his grasp, or what's a heaven for?”

Still, the contention is, one would be better off not entirely to be fixated.  The solo journey of a Pellinore of Camelot renders him a little ‘mad’ and comical; and harmless though he is, he becomes unsure of Arthur's new ideas for a new order of chivalry, being against "... any new ideas" on principle. No, one is best to keep moving, rather than resting on one’s laurels, indeed. Posted by rfpentelbury at 8:13 AM