The Rock in the River 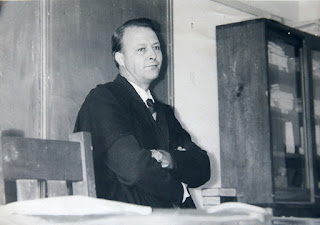 Some rocks are called just that, rocks. The one I slept the night on, alone in the middle of a gurgling river, was really a boulder. While all boulders are rocks, but not all rocks are boulders, I certainly begged to sleep atop the giant rock. And Rev Moore, back in circa 1968, or was it 9 (?), was hesitant from the outset about giving me permission. He oversaw about 20 of us, boys of varying ages, all from Pretoria Boys High. We had bicycled to the Hartebeest Dam, and some tributary river near to it, to camp for the night. Rev Moore had followed us in a rented white van. Perhaps it was the Outdoors Club outing. Perhaps it was the Cycle Club outing. Whichever, we were there, all of us in the woods, beside a stream, around a campfire, and I, being obstinate, adventuresome, or plain selfish, wanted not to sleep in a tent with others, but by myself, alone, atop a rock, surrounded by water. It would feel like an island of solitude. It would feel as though I was protected by a moat. And it would feel special.

“I have to see it,” Rev Moore demurred. And he accompanied me there. I remember him not electing to follow me as I goat-leaped the rocks across the rushing stream, scrambled up the big boulder (in my memory about as big as a modern-day SUV,) and demonstrated the flat-top. “Alright,” he shouted across at me. “But if you get too cold you know where we are!”

Thing is, it grew very cold, lying there, all alone. I recall the brilliance of the stars. And mostly, I recall the perseverative gurgle and trickle and cacophony of the forever rushing current. While no real threat was expected, I knew at least that I was alone, on my own island, and as hard and cold as the rock itself was, I would be safe.

The next morning, having spent a very restless night, I came to the camp fireplace a mite downcast, huddled into myself. I remember him looking across at me, this gentle Reverend Moore, and he said something like: “No man is an island. A poet wrote that. But you had to experience it for yourself, even if for just one night. Right?”

“Well then,” he went on, “since we really are surrounded by others, the very water of life, we are better off to share ourselves with them, than just to be an isolate. Do you think?”

Somehow, in the manufacturing of the images and words from memory, we may be guilty of inaccuracy. We are creative beings, after all. But the essence of the man, our revered master, Reverend Michael Moore, remains. More than fifty years later, we still see him as a fulcrum in our lives, a man who served us by example. A man who was compassionate, caring, understanding, insightful, and gentle.

He may not have been an island ‘just for me’, but certainly he was the rock of safety and integrity and kindness for so very many of us. And sometimes, in the stream of consciousness that is one’s memory, he rises to anchor me in the security of knowing I was seen, cared for, appreciated, respected, and honoured, just for 'being'. Rev Moore. Some souls among us are boulders of integrity, indeed. 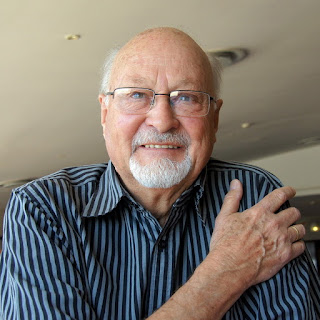 Posted by rfpentelbury at 5:23 PM