Poisoned by The Past 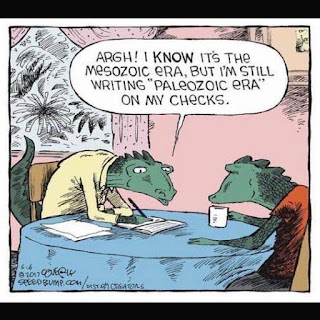 Broken, we can never be whole. The cracks can show. Especially under duress. “Just who do you think you are?” can resonate down the decades. We can poison ourselves with our past. We can so easily be hamstrung, hobbled, hurt.


Overcoming childhood insufficiency can be the worst of it. Little girls are demeaned by boys, by parents, by others. Little boys too. Like atavistic swimmers, all hoping to reach the edge ‘first,’ there is little of compassion for (let alone consciousness of) others. It becomes a learned thing; we are taught not to step on ants. Gratitude to those who teach ‘love,’ gets profound.


It is thinking about our thinking that enlightens us. Victim, or victorious, that which was the past can debilitate, or temper our metal. And although we each are influenced by all those around us, ‘good,’ or ‘bad,’ (according to The Good Book, to steal from Tevye’s performance in ‘Fiddler on the Roof’), in the sum of it all, what one makes of one’s life, along the way, is actually up to oneself. Indeed, one needs think about one’s thinking.


That’s the rub. We are so easily given to blaming others, or even relying on an ‘Other,’ that such qualities of ‘Self-Reliance,’ and ‘Self-Actualization,’ (let alone ‘Independence,’) are relinquished into the purvey of our acculturation. Thus it is that there can be a perpetual ringing of bell-curves in one’s sensibilities. At each juncture of one’s paradigm shifts (or not,) there is the sense of being an outlier, leaving an old perspective, until absorbed by the ‘kismet’ of others into yet more and more acceptance of what once appeared surreal.


In, ‘ADMISSION, a Story Born of Africa,’ Adam Bradford encounters extraordinary challenges. Given the physical and emotional abuse perpetuated by a family who do not understand his gifted nature; given the page-turning adventures among lethal snakes; a child-snatching crocodile; attacking baboons; a marauding leopard; his having to shoot his beloved pet donkey; and given the racially charged threats, subsequent murders, and the political capitulation of Northern Rhodesia into Zambia (1974); for Adam there is an ‘otherworldly’ quality to his life that (unless in some measure personally experienced by others,) can indeed appear surreal.


But in relating his unusual story, Adam realizes that the sheer gauntlet of challenges can hardly be de-rigueur, for most. Thank goodness. It is his teenage years that become all the more remarkable. His illicit and interracial affair could prove lethal. His countenancing an abusive uncle results in extreme hardships. His gainsaying the church gets him whipped. His escape to a boarding school results in yet more secrets to keep, and when graduated, and a conscript in the South African Army, he needs take control of his future, let alone be a victim of the past.


We turn the page to a New Year. We celebrate the old, learn from the past, and venture into a relative unknown. Some of us are comparatively secure. We have loved ones near enough. We do not necessarily feel geographically displaced. We have positions in society, welfare sufficient to our means, and friends and family, and are relatively fortunate. (Yes, despite it all, there are those in dire distress, near and dear.) Yet we are not necessarily victims of our past, unless ‘pushed’. Oh, certain things can ‘set us off.’ Most usually, they are the things that result from our perceptions during our upbringing. And thinking about our thinking, indeed, can prove not only a necessary thing, an immediate thing, but an enduring thing. Accordingly, adjustments are, consciously, made. After all, each year may indeed be ‘new,’ but so is each moment.


Or do we declare ourselves, ‘always,’ poisoned by our past? 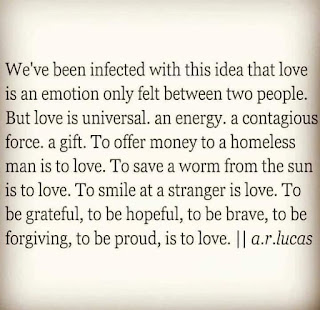 Posted by rfpentelbury at 2:00 PM