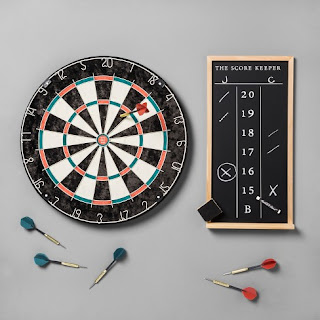 In the smallest inner circle, in a dart-board’s bull’s eye analogy, might we allow those we hold closest. But even among those we keep furthest away, especially on the outskirts, there can live family, friends, familiars, and foes. As differentiated as tabulations can be, within each slice of the dart-board pie, we are not always a victim of an other’s sharp points; some are soft tipped; some acquaintances we can be very fond of; they strike love into our soul; others we may instinctually like; their presence seems feather light. Some hug us, with tenderness. Then too, some sharper persons we ward away. Some may be too dull. Problem is, we are not necessarily the ones in control. Some darts, those of our enemies, can land with a severe thud, difficult to dislodge; their wounds leave scars; their memories arise in disfavour.


Foes, for most of us, are seldom lifelong. Forgiveness, of a sort, happens, especially as the injuries of the past lead from way to way. We forget, overlook, and come to terms with our scars; perhaps more easily those that have been done to us, than those we’ve gone and done to others. Memory thickens. Blood thins. That ‘thicker than water’ feeling of ‘belonging’ to someone else, helps, especially if there’s been a similarity of background and experience. But some foes remain. “I shall never forgive” runs like poison. It sours memory. It inhibits trust. It stirs regret, even years later. Lifelong enemies can be ghostly, even when dead.


Adam Broadford, in his ‘ADMISSION, A Story Born of Africa,’* forgives the trespasses of others, despite their vile transgressions against his body, his psyche, and his spirit. But one person, in particular, Aikimbo, cannot forgive Adam. After a 20-or-so year gap, and during Rhodesia’s border warfare, when Adam is caught dangling by his ankle on a trap-wire, Aikimbo confronts him. Despite their childhood transgressions of foolhardiness and arrogance, their old enmity is suspended in the moment, wrought vulnerable by circumstance, and fate itself is in the offing.


“I’d get that seen to,” Glenn Snooke, (of Canada’s Denman Island,) once advised me from the experience of his septuagenarian age. “It can lodge so deep in the skin that I’ve known blokes to suffer from its itch even a decade or so later.” He was talking about cedar splinters. He’d watched me manhandle a cedar log against my bare skin. And now, more than thirty years later, I remain grateful that he was there, that he saw the incident, that he spoke into my life. The itch continues. Bits of splinter still emerge. (Thanks to Glenn, I pass the immediacy of his advice on to those who might, years later, wonder at the reasons one may still itch, in any instance.)


But some itches we do not necessarily need to redress. When the poison of a bitter directive at oneself gets received, some twenty years later, it helps to be compassionate, contrite, humbled, and sympathetic. But it does not do to receive the dart into the bull’s eye of one’s being, and so to sully the present with the other’s ongoing enmity. There are some things in the past that occurred because of immaturity, ignorance, and indisposition. Yes, too many harms can be created by intentionality too. And yes, accountability, responsibility, and recompense are all measures that mankind may exact of the transgressors. Best not to forget. But in the face of way leading onto way, one can learn to forgive, accept, and integrate the misspent passions of the past, particularly if the guilty party acknowledged complicity and regret. Such are the things we can give to our family members, our friends, our familiars, and even to our foes, one hopes.


But for Adam Broadford, caught up in the mid-century African culture of physical and mental abuse, legalized racism, social fragmentation, negative a-judgements, and an inescapable conscription to unending expectations from family, friends, familiars, and foes, there eventually appears no other recourse than to extract himself from the ongoing jabs and darts of the hateful, hurtful, spiteful, and vengeful. He absconds. But even so, he can forgive, does forgive, although he may not so readily forget. 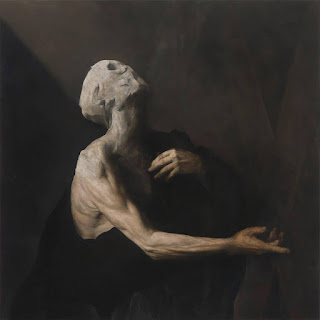 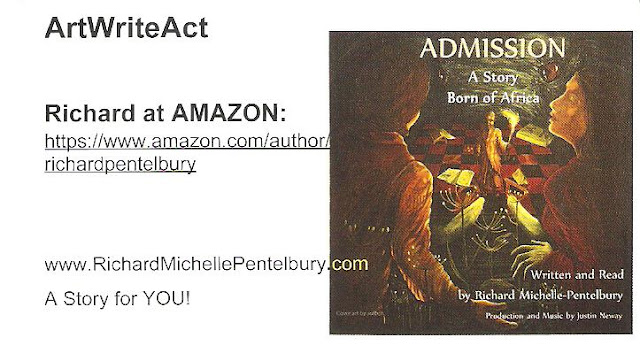 Posted by rfpentelbury at 7:49 AM