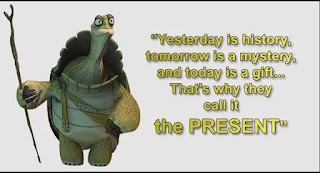 Waiting in a Medical clinic, Thanksgiving Day, takes on many forms. Some people are at dinner. Others, like the poor souls around me, await the next phase of their sorry fate. Thing is, aren’t we all, in any case, like turkeys being led to some eventual end in which the leftovers are used and used, until we are forgotten in the grand sweep of progress?


There are two meta-narratives that drive mankind’s meanings. First is the Positive Paradigm of the hopeful, the progressive, the accreting. Second is the Negative Paradigm of the enervating, the disillusioned, the depleting. Throughout history there have been the doomsayers, and there has been the venturers. The latter have driven us toward the Reformation, the Renaissance, the Industrial, and the Technological Revolution. They will drive us among the stars. Eventually we shall discover other places to inhabit. Eventually we shall reach Oneness. Already there is a marriage between technology and biology. Eventually we shall transform with the inevitability of The Singularity. But that very ‘inevitability’ is what the Doomsayers and the Naysayers and the Enervators are arguing against. Too many species are dying. The oceans are dying. The earth cannot sustain us (all). We are in the proverbial hand-basket on our unsteady way to an over-warned metaphor: the end is near!


Thing is, tangents take us out of our trajectory. Without them we become inured to change that is not too unsettling, such that our adaptability goes with the flow. It allows for our taking on some major changes (like Blue Tooth connectivity changing land-line-based lives,) and it shuffles along readily enough without alarming our mortal coils. But wrenched by some tangent we do protest. Ask Martin Luther. Ask Galileo. Ask Kepler, or Copernicus. Ask all those who envisaged a new world view, or promulgated a new paradigm, or who were violently opposed by those who misunderstood, or were virally threatened by an already established Old World Order.


Medical clinics can have that effect. People walk in, unsure. Some walk out with terrible news, their futures curtailed, their happiness severely tested. Such is inequity. Such are the tragedies that befall us. One moment one is having a respite from the dictum of ‘doing’ all the live-long day, the next a phone call startles one into the dreadful news that a loved one has been the victim of some accident. And in the accommodation of the new event, in the adjustment, and in the progress of the days and months and years that will not erase having to have lost a loved one, or having, in oneself, to become handicapped, adversely affected, or incrementally debilitated by the tragedy, therein lies the taking on of a new paradigm. We are creatures of habit, acquiring new habits. And our choices, sometimes, are not as freely up to us as we’d like.


“Come on down, you’re the next contestant,” Nurse Nelia, invites. She shows no compassion-fatigue, despite her evident seniority. She is gracious as a new patient arrives. Some are open and at ease with ‘the problem’, others lean forward, confidentially. Yes, we are but bits and bodies needing bolstering. We are but flesh. And within the mortal coil we each indeed do shuffle.


Dichotomies, as absolutes, are an anathema to integration. Everything is a little of this, if not more of that. Who among us is entirely right or left brained? And depending on the need, so we adopt our usage. Adept, capable, we still do not necessarily make wise choices. Maturation, insight, intuition, and circumspection allow for the progress of history to unfold, as Desiderate might’ve had it, ‘as it would’. And as for the prognosis, why, that becomes the private if not public recognition of the moment, measure for measure. Within that grand meta-narrative, we each can but try to stay healthy.


Come, let us give thanks, Individual by individual, taking on our tangents as we do, in order that the collective may be better served. But not just on Thanksgiving Day. After all, one does not easily know just when, “You’re the next contestant.” 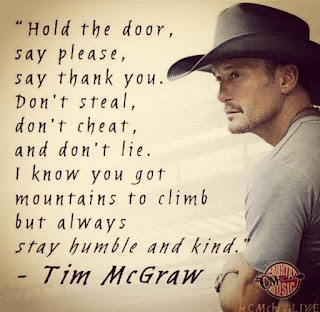 Posted by rfpentelbury at 2:28 PM