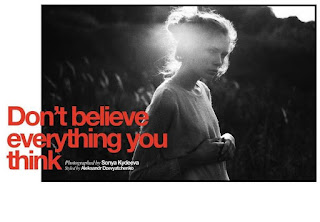 Phrases can be so damaging. We can emasculate boys. We can forever chastise girls. Shame is insidious and slides its shadow throughout the entirety of our lives, such that we are more easily undermined than we may give our insecurity its childhood credence; after all, “Just who do you think are?”


Children experiment and evolve toward maturation under the yoke of their culture. Boys are brought up with expectations. Girls are brought up with restrictions. (Somehow, it all “levels out.”) And although the general population perceives their standards to be proper and right and sanctioned, there are (evidently) comparatively few populaces that allow for overt individualization, that easily accept transgressions. At least, that is, as history would have it, until lately.


Nowadays, with television and the internet, with the ongoing liberation of autocracies and the (devilishly) deliberate dissolution of religions, there is an unprecedented crawling of cultural conceptions toward more and more integration. It is as if we are intermeshing. It is as if we are losing our (cherished) identity. It is as if the intermarriage between types and castes and cultures is making of our world a blend of all the Petrie dishes in which one hitherto was contained, even comfortably so! After all, a curfew, a curtailment, a leash, a set of expectations and rules and regulations (and appropriate proprieties) can render even the most curious of us with a sense of ‘safety’. We can always retreat to our domain. We know where our fence is. We know what our constraints are. And we can live with that.


But of late we are inundated with the call to commune with other cultures. Despite the difficult and debilitating differences of language, of cultural practice, of expected standards of living, of habit, and proclivity, and patterns of conduct, we are bound to progress toward intermingling. We are called out of our cages. We are made to cross fences. We are expected to accept and to shake hands and to be compassionate. We are dragged by Time itself toward a future in which the very sustenance of our (cherished) particularities becomes clearly problematic. Yes, ‘Clubs’ can be too restrictive. ‘Males only’ is a thing of the past. So is ‘Whites only’. And nowadays we will no longer support a business with a sign that reads, ‘No Jews.’ We are becoming integrative.


Yet we still control our children with phrases that can cauterize curiosity. If intelligence may be defined as the ability to keep curious, then why do we level someone with a sarcastic phrase like, “curiosity killed the cat”? Or persist with the, “tall-poppy syndrome”? Or, “Your head is too big for your boots!”? Then too, there is, “Don’t stand there, counting teeth, (go play with the other children.)” Thing is, the Bell Curve will naturally shove one into the preponderance of the populace, (individual instincts aside). We each have personality and character traits (in what we do, and how we do it,) that define our individuality, but collectively we tend to adhere to the theory that, “birds of a feather flock together.” Thing is, little children are raised to follow the status quo; if not by individual families, then certainly in the school system. And as the school culture changes, albeit ever so slowly, then so too do society’s cultural norms. Once, “I don’t give a damn,” became de-rigueur (following ‘Gone With The Wind’,) we promulgated an industry that promoted the acceptance of the hitherto ‘forbidden’. The slippery slope of casual indifference to the effect of one’s word choice upon sensitized others (around oneself,) has the upside of also not caring about the choice of one’s (inappropriate) apparel; of whether or not one wears a cap in a restaurant; of whether or not one smokes in the.... oh! We’ve made a law against that!


Shaming another does much, in later life, to make perhaps too hesitant one’s intuition, one’s curiosity, one’s belief in oneself, one’s ability (or one’s freedom) to make choices for oneself in the maze of trials that life entails. We learn to play it safe. We abide by the rules. We learn to fear the reach of the law, the condemnation of the crowd, the curtailment of our instincts. Our intelligence itself becomes suspect. Who do we think we are? So, we crouch into the bulge of the bell curve, adopt definitions of ourselves given to us by parents and peers and significant others, and presume we are too forward when we feel, somewhere down deep inside, that where we are ‘at,’ just simply isn’t enough. What’s around the bend? What’s over the horizon?  How dare you think that! Who do you think you are? Or... has the cat now got your tongue? 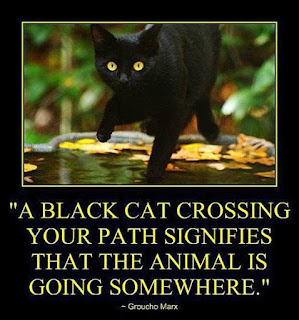 Posted by rfpentelbury at 2:36 PM