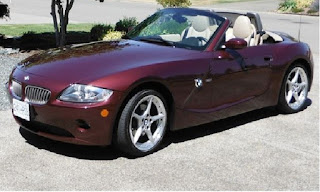 Privilege has its disadvantages. Running out of deodorant, oh my! A pesky fly in one’s 2,500 sq ft domain, dang it all! The new brakes slightly squealing on the brand new sports car; better take the SUV. And then, to top it off, there's a leaky shower in the tenant's condo, over 1000 miles away, so one may as well fly there and go oversee the expensive renovation. And what of, back at home, running out of skim milk, and 2% milk for the coffee, and.... Well, ain't I got problems!

Meantime, I gloss over the predicament of the ever ubiquitous refugees. They slide into my consciousness as I lie back on my comfy-couch. My annual donations to World Vision suffices, surely? (How much more do they want?) Yet the images of the fly-besieged children provokes. And then there's The News with its interminable offerings of bad, "bigley-bad" news, ‘breaking news’, and its raw displays of mankind's impoverished condition.

The disparity between what's over there and what is here is very apparent. It is galling. Life is indeed unfair. Particularly to those whose familial and geographic containment is imposed from birth. How does the one fly, of all flies, make its way away from the usual existence that is its lot into the protected space of a plethora of availability? Within the closed up windows and walls of my domain there is food and crumbs and almost invisible treasures for it. For four days it has flitted about, distracting me, the God who lives there, sufficient that, on the fifth day, it got exterminated, killed, done-away-with. (And the Zoroastrian in me, who decided its fate, having done so, did think, 'Would the Master not have set it free?') But to do so would be to allow it to tell all its family (and their families) of the great feast and spoils available if only they would bide their time, await the right moment, and then besiege the briefly opened patio door! They breed!

Did we not do the same to continents? Did Colonialism not invade countries and spaces and overwhelm people and abrogate unto itself rights and expectations? Flags were replaced. Gods were replaced. And now (as one sees the vast amount of foreigners in-cringing on what used to be the familiar,) cultures, rather than being adopted, are being replaced. Gibberish! No wonder there are rising rates of xenophobia, of 'resurfacing' racism, of discord and protest and brutality. Or is it just that we are now nearly eight billion; flies squabbling over earth’s rotting corpse?

Ugly imagery abounds. That's the news. Yet sometimes, when I drive about in 'the wife's' new sports car (or even when in my usual SUV,) it is with a delightful surprise that I see so very many manicured lawns and beautiful gardens and posh mansions and town streets full of shopping people. Amazing that the world still is on its axis, at least, from my point of view. I do not see evidence of the things The News talks about. Well, except that there are indeed a lot more foreigners to observe, in crowded places, indeed. But they are doing the same things we do, talking, checking cell-phones, eating, shopping. And they smile back. And they are, after all, just people, like you and me.

Here in Canada we are privileged. But it comes at a price. It takes the perpetual busyness of maintaining a bank balance, of paying a mortgage, of filling the fridge from the grocery store, of paying for restaurants, and of being extensively taxed on everything. Oh my! And then there is the daily dictum of emails and phone calls and occasional disconnections with wifi to contend with. Oh my! Not to mention that the microwave door that slams needs replacing. Or that the TV console really needs to be specially designed and made to house all our records and DVD's.

We are creatures of the immediate. Each of us. And each moment is all we have. We do not know exactly when the hands of God will clap, summoning us to an unknown. Do we? In the meantime, we wait. We make do. Or do we not? No, peace and privilege are not synonymous.

Posted by rfpentelbury at 8:46 AM