It's all about me. Or might it be about you? After all, Carly Simon sings, “You're so vain, you probably think this song is about you; don't you?” Carly’s indelible 1973 album, ‘Secrets’, still resonates: “Sometimes I wish, oft times I wish, I never knew… Some of those secrets of yours!” Indeed, we see ourselves but through the pane of that which we both see; the second pane is that which I see in myself that you don't; then there's the third pane that you see in me (that I clearly don't see sufficiently); and all the while there’s that fourth pane too, the one into which neither of us sees. At least, those are the four panes amalgamating personhood, according to The Johari Window. And yes, much of the necessary clearing up of things are painful, indeed.

“You want the attention,” I was told, however kindly, after we'd left our gathering of loving friends. “You don't realize how much you make the moment all about you, at the expense of the other. It can be shaming. It actually detracts from you. And it's worth examining why you need so much focus.” Yes, immediately I thought of the renowned concert pianist reputed at any coughing in an audience to stop his performance and demand the offender leave, or worse, refuse to continue to play. Yes, I had to admit, when performing, I wanted all the attention on me not to be disturbed, disrupted, or fragmented. (Or did you think this story was about you?)

“And here comes our waitress, just as I'm telling my story,” I blurt at her unsuspecting and innocent entrance through the French Doors into the private room we had for our gathering, annexed from the noise. (I’m feeling interrupted; my exposition is now disjointed!) Kim, with whom we'd earlier established camaraderie, apologizes. “Sorry, just checking if anybody wants anything?” In the polite Canadian idiom each of us responds with, “I’m good, thanks.” Keith, youngest among us, then lightens things up, “We're all good!” And everyone laughs. Yet at Kim's exit I must admit that my subconscious wanted her to stay and hear me too. After all, my story was just about to introduce the inciting force. And the classic question posed by one of us was: “What in your life was a moment of great fear for you?”

I do not recall all the others’ answers. I'd kept quiet, and listened. But while listening, I confess, I’d mentally prepared my own response. After all, I've lived a long and fairly adventurous life, at times. So I divined an old incident from my boyhood. And when Jessie, the most senior among us, had finished her tale of negotiating a treacherous mountain pass in the dead of winter, and then deferred to me with, “What about you, Richard?”, I was ready.

Even when I was finished, and it was another's turn, my creative bent continued to churn and instead of listening with full intention I felt regret at not having come up with the image of my being as though within the belly of a whale, sunlight streaming down into the mouth of our sea cave, the black rock of its orifice-like teeth waiting to clamp down, the menace of the giant torpedo-like shark a real threat directly below. Yes, I had to swim over the dragon and… But now I’ve to listen to another’s story. And then I realized my vanity: I’d revealed myself the hero!

Thing is, I am too often involved in the parameters of my own being. I seldom memorize the details of another’s dialogue. With a ‘him’ or a ‘her’, as the poet e.e. cummings says, “Feeling is all.” Yes, it’s an intuitive connection that contains the accord of my reciprocity; the details of lives are but fodder for repetition, re-examination. Then again, isn't life about me? Or is it ‘all’ about you? 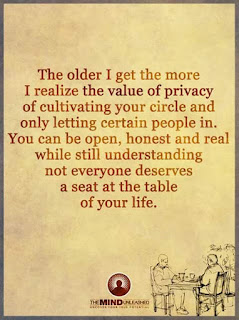 Posted by rfpentelbury at 7:27 AM