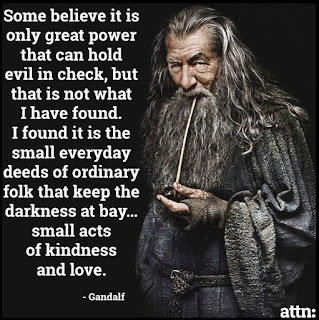 When Jason threw the rock he knew not what ended, or began. The tranquility of our little bay abruptly burst into flight as the heron took wing, garrulous seagulls launched, sea-otters scurried down rocks and slipped under the liquid surface, and the raccoon scrambled deep into the undergrowth. These are creatures I regularly watch from my fourth floor window. But the rock that Jason threw went down deep, and I can only imagine the crab it killed as that big rock landed so weightily atop the smaller rock the crab hid under. Jason was very strong. He proved so to his friends when he lobbed that huge rock from the beach. His friends threw smaller rocks after it, as young men and children do when beside the water. And the effect upon nature is perhaps as dramatic for small things as would the sudden seismic shift of tectonic plates for human beings be. After all, so very many meetings and meals and homes and even breeding possibilities are interrupted by a singular event. Even for crabs. Yet how else can we be but do that which we do? That a single crab was killed is not within Jason's purview. He meant it not.


Two tiny little things clung to glass today. One was a mite, a beige little grass-fly so small I took it at first for an itty-spider. But within the naturally splashing waters of my shower (as I, nakedly God-like in my indecision whether consciously to kill it or to let it die of its own accord after venturing into so foreign an environment,) it disappeared. Still, it remains in my consciousness (and now may be a speck saved in yours.) Later, when with my friend Clive at 'Habit', our local coffee shop, a big black carpenter ant scurried fruitlessly up and down the great glass walls separating it from a natural reality. Large and full of menacing vitality, it still was quite comparatively small to me; me who easily might've reached out and flicked it to earth, or even squished it for its distractions and scurrying impudence, or out of my fear of it landing atop me.


The seismic proportions of the inevitability of the future, right here in Victoria, continues to be gambled against. Tectonic plates are awaiting subsidence. The resulting quake, designated at a 9.0 and probably "any minute now", has apparently very few alert. Like crabs going about our daily business we scuttle across our domain, unaware that nature itself is about to crush us under the weight of 100 foot waves that come hurling at us with their flotsam of transport trucks and other stuff asunder. We are overdue for it. Last time, in the year 1700, was more than 230 years ago. And the average over centuries, according to seismic depth analysis, is every 230 years. All of the Western seaboard may indeed become another Atlantis; except that 7 million of us will succumb, and that anyone left living, anywhere, will know where what once was, is now gone.


We venture in bubbles of excitability and restlessness. Some of us perhaps are more grounded, more readily anchored. But for those of us in search of yet more we accept the changes and allow for the instability that makes not only for our progress, but for those who may be left in our wake. That’s what happens to the kayakers who paddle too near the taxi-ferry paths. Initiates hold their paddles up and do not steer through the sudden tempest, seriously endangering their stability. That’s what happens to the bobbing ferries themselves when the big waves are whipped up by the wind. The normally smooth surface of their passage, like a stretched piece of string between point A and point B, is now given a ragged and jagged hurly-burly outline instead, and their passengers can quickly become green and sickly. Yet rough or smooth, the paying price is the same for the journey. It is the psychic price that is inestimable. We gather unto us memories.


Like any Argonaut, Jason’s acts are like a search for the Golden Fleece; attaining worth. The impermanency of his physical acts he is yet to learn to let go. He and the others ventured on down the beach, leaving trails larger than footsteps. Yet one can but feel compassion for that which oneself once was. To become silent, respectful, observant and patient takes the pain of living long past the point of realizing there is no actual Golden Fleece; actions create results. 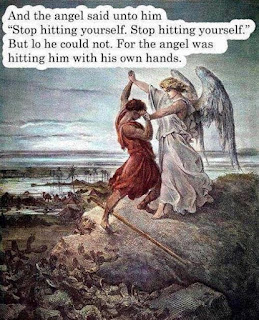