An Atom or An Ant? 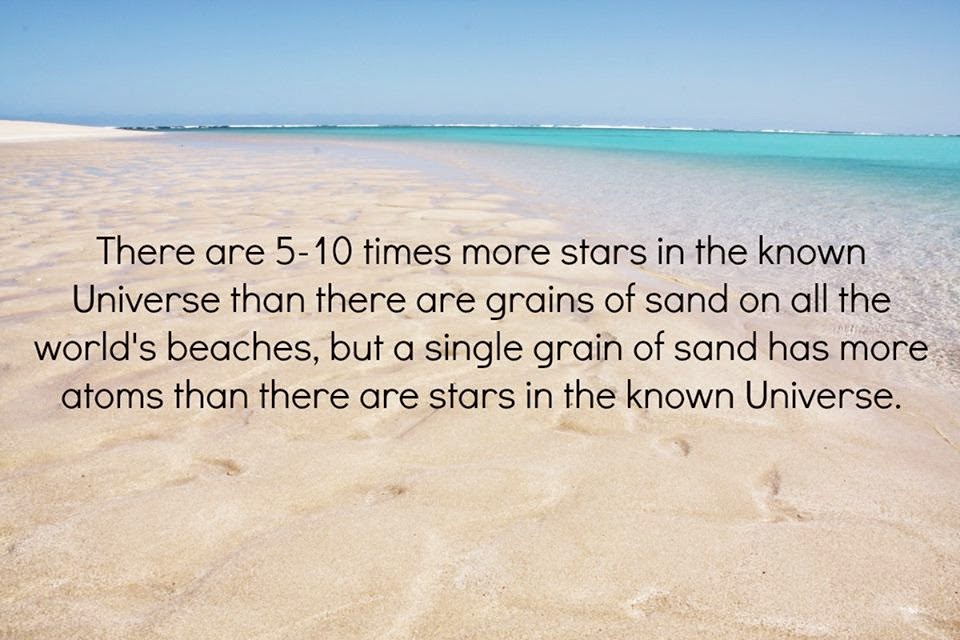 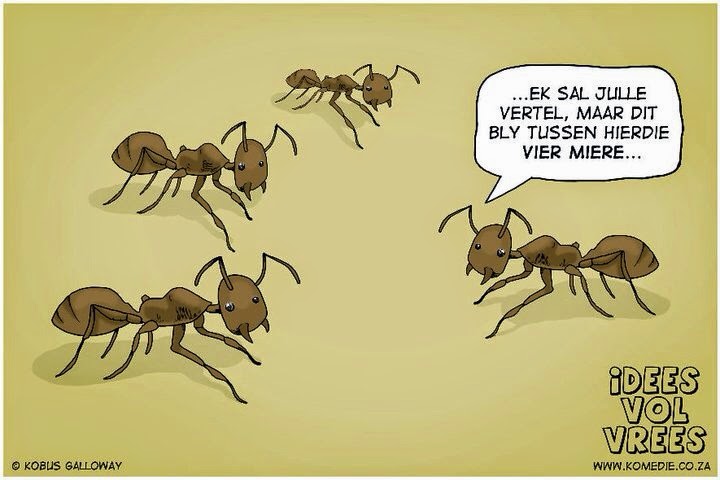 [In Afrikaans the word 'ant' is pronounced the same way one would say 'wall' or 'muur' in Afrikaans, ha!
The caption reads: "I will tell you, but it stays between these four ants (sounds like 'wall')...
ha!"
And 'idees vol vrees' means 'ideas full-of(with) fear',
ha!...]

Dear Friend,
Good morning to you, from way over here.
Was awakened in the 5.00 a.m. dawning by something in my ear today. Jerked
up, bashed at my ear, out fell an ant, and not stopping to feel its fear i
crushed it and flicked it to the floor. Then i lay there in a state of
regret. Had i been more aware, less hasty, less reactive, i easily could
have rescued the thing and put it outside with its own kind. Would the
chance come again? And i realized that in such a microcosmic act lies the
significance of the future; the chance over and over for us each to do the
right thing, if we be but aware of what we're doing in the moment, step by
step. The size of our boots becomes the issue wherever we step, ha!
Then again, so many thoughts and words can just be chatter. It is good to
love without condition, expectation, even reciprocation; just to feel one's
being being connected to being. After all, being busy beings is so
distracting.
Your friend,
Richard 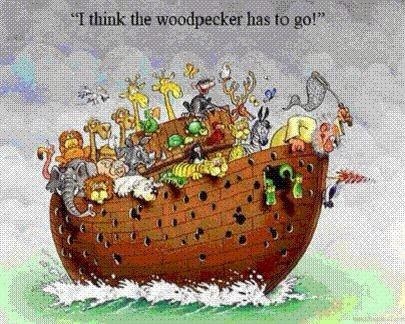 Posted by rfpentelbury at 10:57 AM