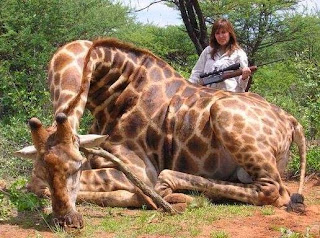 When her baby was knocked from her by the charge of the giraffe, and then, under its gangling legs and huge hooves, trampled, she ran back, grabbed up the gun and in a fit of vengeance shot the beast. Or perhaps it was her husband who shot the animal, and then she wanted to pose with the deposed. Or maybe she was a fearful and sad victim of the hunting party, the tag-along cook-wife of one of the men, and when one of the men shot the giraffe she was appalled, hurt, bereft, and in order for her to overcome her horror the men had her pose with the rifle so that she too may feel some pride in bringing down so large a trophy. She was reluctant. She was with others. She was goaded into it. She was ill-schooled in the art of the hunt. Or maybe it was her first time out and she could not help but shoot the first big thing she saw. After all, maybe she was scared and thought it was a lion rustling in the bush, or a leopard in the tree, and when she fired, to her dismay, the great spotted thing collapsed from on high.

We make up stories for a photo such as this. The giraffe had to be culled; it was sick and would’ve contaminated the herd. The giraffe was a rogue, destroying farmers’ crops and ransacking flower beds; it needed to be put down. The giraffe was choking on something it had ingested (note the large branch beside its throat) and the best thing was to shoot it. Poor giraffe. Poor woman. Surely there must have been a reason? There had to be a reason!

Found on Facebook, this picture stirred up hundreds of very vile comments. The posing woman would have suffered greatly under the barrage. If people were to carry out their vitriolic words she no longer would be alive. And whatever excuses she had might not have been heard. Speculation abounds when we see images such as these. Interestingly, were it to have been that of a man, we might expect far less visceral a reaction. One might expect an outpouring of sympathy toward the giraffe and a condemnation of the man, but it is the woman who received the veritable brunt of hatred, vilification, and threat to her life as a consequence. After all, how do we possibly excuse such evidence of our collective capabilities? No compassion! We are incensed!

Compassion would have us caring and understanding and forgiving and sympathetic and empathetic and willing to hear and comprehend and learn. Compassion is integrative. It does not condone. It does not necessarily excuse. But it does understand. It understands that everything is holonic; it all fits within everything else. The killing of a fly, a mouse, a gopher, rabbit, deer, pig, cow, or chicken is but a smaller holon of the larger. We kill as human beings. It is who we are. We are not perfect. They shoot horses, don’t they?

Whatever reasons brought this woman and this giraffe together, we can condemn or condone or create excuses or have compassion. And we can learn. Or is there an elephant under the carpet? A rhino in the bedroom? After all, making the best out of what already has transpired is the best one can do; yes? 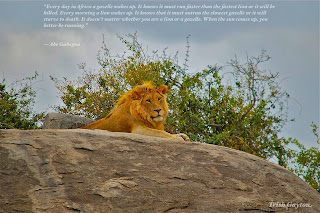 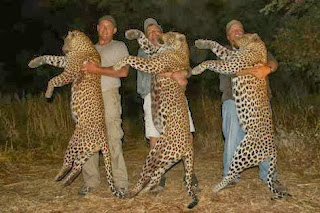 Posted by rfpentelbury at 10:04 AM