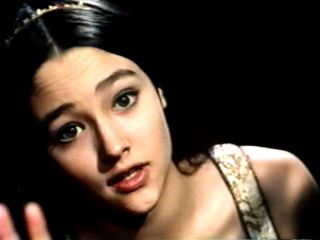 The instant he saw her he was completely taken. They were both teenagers. She was vibrant and vivacious and bigger than any life on the silver screen, and he was huddled into himself in the dark, his face illuminated by the light from yon window that into the soul of his youth did shine. Juliet was to pervade his every sense from that moment on, nearly forty years ago. She became the ghost betwixt himself and every current reality.

Olivia Hussey, metaphor to all his aspirations, was innocent of his allusions. She almost certainly could not collaborate with the spaces he carried for her in his heart. And she certainly could not be guilty of the barriers he placed between himself and all other loves of his life; as though he somehow would be betraying that initial great love he had conceived for such Juliet as had so stirred his soul. She became the glorious ghost attending his every venue.His grail. She was the genteel spirit pervading his every sensibility of romance, connection, longevity. As the years went by he wore her as constantly as an amulet; she was there whenever he reached for her, and she was there even if he became absorbed in something else. The effect of a ghost is like that, inescapable.

That other lovers along the way were aware of her was seldom overtly mentioned. They each perhaps knew that his essential insuperability was due to some other monogamy instilled in him before their time. Juliet was a pseudonym seldom used, though her presence was perhaps suspected; like the saying goes: one never forgets one's first love. And Juliet remained a ghost traveling in the chambers of his soul, haunted his being. Everything he saw, he wondered if she too had seen, been there, might see. If not in reality, their ephemeral connection was more real than any filial or consummate attachment than anything else he ever experienced. She taught him that love is about loving without ever expecting anything back. The paradox was that in that very lesson he never did reciprocate the love given to him by others, fully, completely. His love for his Juliet was paramount. She was the epitome of his projection of what such a feeling is, should be, ought to be, could be. And no other woman was going to supplant that.

Shame was his greatest downfall. Somewhere down deep he never felt good enough for her. In his betrayals of his love for her, in his imaginings of how he could reach her, let her know that he had constant thought of her, let her know that he was growing in his successes, in proving his worthiness, in accomplishing sufficient enough accolades and honors not even to be needing to pursue such anymore, he was becoming older and older in his wisdom, his understanding, and in his love. He reached a point at which he fully accepted that he might never actually get to see her, let alone to touch her hand, embrace her, kiss her lips. It was the understanding that his soul was connected to hers so entirely, whether she knew it or not, that he could give her utter acceptance for whatever her life was, her circumstances were, her being had become. He discovered that love wants not, desires naught, expects nothing, and simply lets be as is.

But the ghost of her, he doubted, he could ever let go. Still, he was prepared to concur, what a pity that it should rob anyone else of a potential liaison between a he and a thee, but then again, so it goes between being such as he, haunted by a ghost lovely as she. 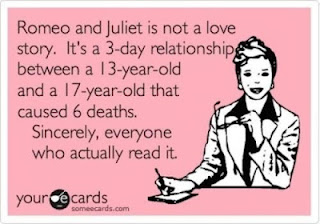 Posted by rfpentelbury at 10:11 PM