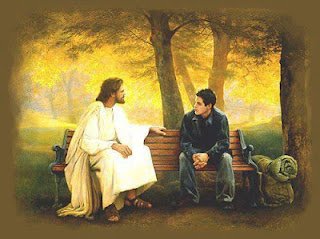 Something there is in us that does not like certain subjects mentioned. We prefer not to be bothered. Yet a group of us voluntarily entered the womb-like sanctuary of Victoria's Sleeping Dog Retreat, knowing full well we'd have to face into some uncomfortable stuff. Under heavy rain on the central skylight of the large octagonal, the room thrummed. Like reverse osmosis to a portal in the heavens, I thought, the dormant energy here seeks escape to the universe. But ensconced in the warmth of the gathering of laymen, professionals, counsellors, psychologists and their ilk, and seated in a semi-circle, all pointed toward the mesmerizing speaker, we soon succumbed to the lilt and waft of words that plucked at the unbidden images of the present, past, and then pointed toward the future. After all, which of us have not been wounded? Who has not hurt the self? Who remains a victim, a conduit to animosity and anger and vengeance and hate? Out with it. Out! Or should one simply let the sleeping dogs lie?

That innocence should be stripped from a child, literally and psychically, and that shame and secrets should attend the soul so much so that it now prefers to lie asleep in the otherwise engaging streets of life, is sad indeed. And at which point is the inner being, having succumbed, now to come alert? When threatened? When it perceives threat? When it hears the footsteps of strangers, or otherwise, and knows it has to move? The animal in us, anima or animus, easily yields to a fight or flight response. After all, like dogs through the centuries we psychically continue to trample the grass underfoot, to circle about three if not four times before proverbially laying ourselves down. It is our habits that easily remain. And having chosen our spot, having given in to the world-weariness of awareness and awake-ness, we sleep, perchance to dream. But for many, albeit unconsciously, we sleep with an ear cocked, an eye open. Fear inhibits freedom.

Shakespeare named many a curmudgeon a Dog. Yet the Buddha, Jesus, and all that is God would have us be forgiving, compassionate, understanding, integrative, and absorbing. Accepting is a different thing. Acceptance comes with condoning. And worse, accepting gives license for a really dirty dog to continue its defecation on the dignity and rights and innocence of those who come after one's own demeaning. Out! It is worth calling the dog out. It is worth facing down the creature and commanding it to desist or suffer the consequences. But how shall a little child do so? How shall an infected child call out when he has neither the physical strength, the maturational insight, nor the necessary support structures intact should he leap the fence? Suffer the children, the most dangerous of the dogs would bay. Others beguile. Out, Shakespeare would rage!

My crippled uncle knew not completely what he did. His actions stole from my boyhood the privilege to tell anyone my whole truth, and nothing but the truth. Shame collared me. Eventually I realized that the man was not malicious, merely self-serving. He could not help himself, or he might have redressed his desires. So too for the victims that attended The Sleeping Dog sessions. We each had our own reasons for being there. The problem for me though, is not so much that one lets oneself be free from the past, but that one now does what one can to stop (in Shakespeare's most derogatory terms) the dogs of our world from soiling the innocence and rights of others. Shame creeps into the shade of the soul, and lingers there not as a byproduct of enlightenment, but as a ball and chain that would better be used to pin down any dangerous dog, asleep or not.
Posted by rfpentelbury at 9:57 AM