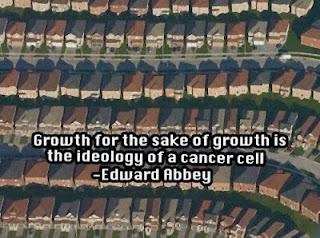 We are seriously cramped. Elbow room, road room, line ups, seating for all, food for all, fuel for all, water for all; Huston, we have a problem. Our space age may well produce food-replicators and a new bio-diversity, and we may yet indeed live in geo-spheres and explore worm-holes and even travel back in time (thanks to the CERN experiments under Switzerland), but for whom will the proverbial bell not yet toll? We are being crushed by the weight of our needs, of our indifference, of our lack of care for others or our lack of compassion for the whole. Crushed by our greed. It lies in a man's seed.

The mid to late-couple we met over a Canadian dinner on Boxing Day were of the New Age. Handsome and exquisitely beautiful. White teeth, evenly spaced. Lithe bodies, he about a head and a half taller than she. Very intelligent. Very articulate. Very travelled. He a Caucasian Canadian, she a Pakistani princess. Their company felt like a privilege. Married in Lahore, they painted a picture for us of oppressive bodies clustered at train and bus and airport terminals. I felt very uncomfortable at the sense of push and shove and at the grubbing for place and privilege and the winning over others. Survival drives an individual within masses. Density and crowded streets makes for no traffic rules, little compassion for the feeble, less compassion for the weak, and the sheer pressure of the constancy of physical bodies around oneself is everywhere, but for the singular moment perhaps of privacy on a privy. It's oppressive. Smells and stench. Such is the new world.

A day later my real brother, Andy, wrote: "We intend to spend the New Year on a beach camp on Masirah Island just off the coast of Oman. It will take us 4 hours drive and a ferry crossing of about one and a half hours with a fight to jostle for a position on the ferry as I believe that there is no order or rules! It is who has the gumpf to push in front of the other and fight for a place with the locals and camels and goats and anything else that they can drag on board or you are left behind to wait for the next ferry! I have been told that it is an experience that you have to live through at least once in Oman!"

Well now, for persons pained by physical movement, who hardly can afford to be jostled or bumped, and who find it aggravating to turn the neck, what of such ones? And when our roads are too full, and the 7,000 pedestrians killed per annum on the streets of Lahore are still not enough to enforce traffic rules, or at least to deter an irresponsible driver, then how does one exist within a paradigm of such rush and crush? When riots over the luck of a puck turns us into rats in the streets, and when the belly-bloated kids in desert-reduced countries are too many to aid, at which point do we realize? Enough!

Last night, after a Calgary dinner with friends in a Korean restaurant in the burgeoning Bowness neighborhood, and them telling us of a third-world North Korea versus (despite its denser population) the pristine South, we visited another set of friends who'd recently returned from Bali, and who spoke of India, and of China. Our friends had a set of statues, Buddha and the elephantine Ganesha, procured to remove all obstacles. On our leaving the lady of the house unexpectedly stooped to zip up each of my new winter boots (since I struggle to reach my feet), and in that small humble act she showed the essence of the winning way: Compassion is realized, moment by moment. One for one. 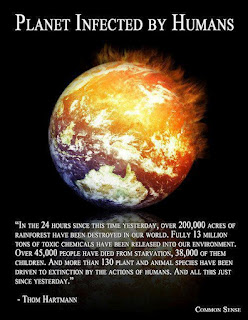 Posted by rfpentelbury at 10:06 AM