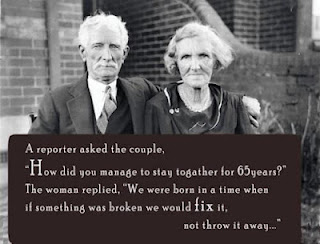 How to stay above it all? The lottery might do that for us. Being rich (and usually 'famous' ) puts us in the right style, we hope. Such heights of glory are easily ascribed  to those who live in penthouses, to those who live much above our own means, both literally and figuratively. Sometimes we deem such lofty-living beings to have a higher degree of intelligence or energy, a greater degree of cleverness, of fortune, of acumen, of birthright, nobility, and even street-smarts. After all, perhaps such people work harder or are smarter to earn the right to live way up there. Envy, at root, has many tendrils.


Well, our lunchtime visit to our new penthouse friends, a beautifully attired and retired septuagenarian couple, was as if being hosted on a ship's prow. From far below the massive expanse of deck the sunlit sea glistened through the guard rail. He is English, tall, handsome. She is Swedish, beautiful, graceful. The apartment itself was the epitome of cultured elegance. Ivory, teak, silver, gold. Original oil paintings of all sizes adorned each room, some dating back three-hundred years or more, still in original frames, and many depicting a long- standing family heritage. Colourful Persian rugs festooned. A grand piano waited, a violin as ancient as time atop it. White leather couches and antiques complemented the decor in a tasteful sweep of genteel and sophisticated apportionment throughout. Variously sized glass showcases housed a variety of china, ivory figurines, a ship, and coloured stemware. Refinement of taste, dignity, and decor permeated; a magazine-like picture of picturesque perfection.

And then came lunch time. A virtual Delacroix of August-hued artistic delights decorated the table, with tapered colour-coded candles circumscribed by miniature garlands and an unobtrusive centre piece of low lying exotic flowers. Twin pairs of silvered ring-doves reposed at the top of each of the four place settings. Yet intimacy and ease abided, despite the formality of setting. A large gold doubloon of chocolate rested on each serviette. And then came the meal. A delectable cheese and broccoli soup with a wafer of biscuit was followed by a plateful of delicious gourmet delicacies, laid before one like a Gauguin masterpiece of colour and culinary expertise, topped off by what appeared to me as a special Swedish creamy pastry. Our genteel hostess seamlessly interchanged plates, prodded the conversation in a balance of interests, and ensured our every comfort. Our engaging host was the epitome of good humour and mindful considerations. Whether courteous about James the Fourth (or was it the Sixth I mistakenly blurted) or Bloody Mary, or the modern day marvels of computer evolution, we discoursed without censure. Our caring observations were of integration, of acceptance, of interest for more knowledge and of compassion for others. Attitude, we concluded, is not easily a matter of choice. And then our hostess was asked to play.


During the sonorous and exquisite tonality of the blend of piano and voice, it came upon me, privileged to be there, that these are people who indeed are truly above it all; people who live in appreciation and grace and acceptance and inclusion of the diversity and complexity and hardships of life, for their story also was full of the surmounting of many hardships on the way from a past to a present. And far from being in some sort of lofty overlordship, they were so evidently happy to host us. To see us. Just happy to be.
Posted by rfpentelbury at 10:43 AM