Love on the Rocks! 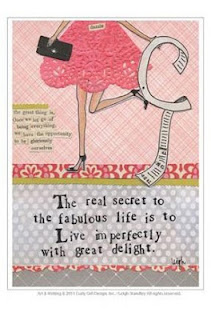 "There's nothing you can do or say to change me." Her eyes bore into me. I blink. Neil Diamond sings those very words too. In my blink I stifle the defense of my multifold ministrations, my egoic need to be the one to succor her back to security, my real want to rescue her from an assured yet untimely fate. In her I see the looming rocks as the very vessel of her soul plows on toward self-immolation through the wave upon wave of her indecisions. And in my blink I feel dreadfully disheartened by my ineluctable ineffectiveness; torn on the rocks of her very words.
My friend is young. She lies in her hospital bed. Anorexia has her by the throat. She cannot control herself. Nurses come with concoctions, day after day, week after week, for well over two months now, and although her body can but respond to the balance of nutrients and the force-feeding and the controlled regime of a daily dictum she has let us all know that “the voices in her head” won’t let go. Once free, she asserts, she certainly doubts that she won’t resort to the self-destruction of her former ways. But at least she’s still alive!
She does not want others in general to know her condition. She makes me promise. Yet around her bed are cards and flowers and gifts and the heartfelt scrawl and scribble and penmanship of the caring and the despairing and the hopeful and the urging. And they are very real; real people each of whom reaches out with love and faith and love and faith and love~ the very source of the soul’s journey toward fulfilling the passage of a long life. Yet young as she is, my friend continues to choose to die without the means being disclosed to her peers at large. Irony.
Self-protection! Therein lies the rub! Therein lies the very glimmer of the soul that cares still for what others think, that has a self that says it does not want others to see itself so self-destructive, so deeply dissolute in its apparent choice. Therein lies that sinking soul that knows down deep that in the fathoms of others there may well be judgment and censure, not necessarily care and compassion and the nature of nurture, despite the hope, the concern, and the ongoing grief. And therein IT, the voyaging soul itself, still cares for what others think. Egoic or not, her love for others is not yet entirely on those rocks!
I want to extort an answer from her: With what words, what care, what key may we reach you? What of parents, friends, family, community, life itself? But we’ve talked before. “Nothing,” she says. And I watch her face as she reads the big colorful card on which loving others penned their words of genuine care and affection. And some of us know her real condition, know the choices she cannot yet make because she cannot yet seem to decide to flick the fundamental switch in her soul that allows her control; that she has given over to those “voices” in her head.
In the old days we resorted to exorcism. Now? Now we try not to tick her off, not to oblige her, not to guilt her out, not to impose, order, bark, get angry, or force her to love others through quoting Jesus, or the Buddha, or Gandhi. But there is something she needs to know if she ever reads this: We really are very really worried; it comes through very real love. How then do I keep my promise to refrain from letting the others know about her condition? And whether or not she makes it through to the other side of her current passage, surely there will be questions for each and every one of us as to whether or not we called her away from those rocks! 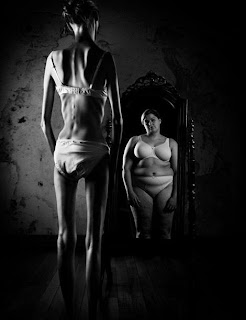 Posted by rfpentelbury at 1:22 PM