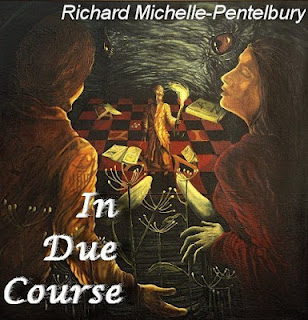 A stowaway! Alert to the ship's sounds, I pen the date: The Ides of March, 1975. Yes, I am the Bietjanie Zimba, the Little Lion of the ancient prophecy. Now, in my twenty-sixth year, I hope at last to fulfill my promise to my childhood mentor. Read.

Alone, an unwanted little nuisance, I arrive as a four-year-old at the Ndola train station, Northern Rhodesia. In my satchel is my children’s encyclopaedia. An angry storm thunders. I am not scared. My Afrikaner aunt and uncle show up later to take me to their game-farm. A python that night looses itself into our kitchen. It invades the dreams of my aunt. It almost suffocates an old knife-wielding warrior, M’dhalha, up at the servants’ kraal. It is this aged man, his knife, and his ancient prophecies that will always captivate me. But my new family makes my sense of purpose with the man’s insightful ways inordinately difficult. Then there is Valerie, a family acquaintance, who also becomes my confidant. She buys me books. But I won’t tell her my every secret. Is that why I am not with her when she is killed? Encounters with snakes, belligerent baboons, the child-snatching crocodile, an attack by red ants, and the capture of a man-eating leopard also signify. And then there is that awful day of having to shoot Rosie, my severely mauled donkey. It is my fault, I know. But it did begin with Aikimbo, the teenaged black boy from the war-torn Congo. I am quite sure he killed Valerie.

On my ninth birthday, after a severe whipping for betraying my step-mother, I am told I shall still at the end of the year be allowed to visit England with my estranged English father. A little drunk, he arrives on a Sunday with the unexpected gift of a bicycle. The old prophecies about “the stars” at my feet seem to glitter from its reflector-pedals. My father sees me one Sunday a month, and soon I go with him to meet Lord and Lady Broadford, my grandparents, who live only an hour away! They are altogether different from my Afrikander guardians. But they cannot reclaim me. One Sunday, against grandfather’s orders, I attempt to assist a native who has rabies. Because of me, the man dies horribly. Still, I get to go to England by ship with my dad. On board, a 16 year old girl, thinking I’m 15, seduces me, but her racist comments end my interest. I determine then never to have children. In England, my alcoholic dad shows his character. In Babbacombe Bay, in order to rescue our rented skiff, I bravely swim over a Baskin shark (before I learn that it has no teeth). In Scotland I vow to run away from my perceived destiny. I want to go to the Orkneys. One day I will! But my dad makes me go back to Africa.

On the threshold of Zambia’s independence, 1964, I return ineluctably to the game farm. I try to retrieve my stolen bicycle from my old enemy, Aikimbo, but in doing so I get M`dhalha fatefully speared. With his dying breath he makes me promise “to write, write about it all.” From his side I take up his old long-knife, and then retrieve my battered bicycle. Aikimbo’s gang, after killing our guard dog, next arrives to plunder and burn up our game farm. From behind the door of the machine shed I watch him by the light of the bonfire murder my aunt, shoot my uncle too. When one of his men comes for me I have no choice but to… use the knife. I hide in the giant water tank and decide to wait until the men go to sleep. Then I crawl into the crazed house and get my encyclopaedia from under my bed, where Aikimbo is actually snoring. He almost shoots me too, but I get away, my book and my knife in hand, my wobbly bicycle beneath me. I go and hide in the dark jungle. The next blistering day I pedal frantically until I reach my grandparents. I tell them a few details, but not about the dead man in the shed. If only I did; they too might have left. And then, no thanks to a lawyer on my aunt’s side, I am made to catch the three-day train down to South Africa. My old bike, my book, and my knife go with me. On the train I meet Reverend Martin, a curiously sad and blasphemous man who becomes a vital contact for me in my later years, when I most need help to escape. And yet, I desert him. His pain, I don't see.

My Afrikaans family in the white slums of Pretoria can hardly bear my English pretensions. I am there to be the male-nurse for my severely disabled uncle. I try to capitulate to my Afrikaans Ouma’s aggrandizing dreams for me to become leader of their church, but soon dangerously compromise myself and Muhle, the next door’s pretty black maid, in a most illicit inter-racial liaison. She lives across the rickety fence, in the servant shed. On the day that I decide to renounce the church, Ouma’s church, I come home to find my crippled and pedophiliac uncle naked with my young cousins. His stealing of innocence haunts me. I threaten to kill him. But the incident only culminates in my being tied to the washing-line post and getting savagely whipped in the name of the church. Muhle, risking her life, cuts me loose. I take up my bike, and from our storage shed get my old encyclopaedia and my long-knife and pedal away like Don Quixote himself. Ha! At the local store I telephone the school headmaster; he’d given me his number on trust.

The headmaster’s intercession gets me sent to boarding school, in Kimberley, the 'city of diamonds.' I even take my old bicycle, my book, and my knife on the train. I make several friends, but the cycle of extraordinary events continues to clamour. As revealed by the police the death of one of the boys after 'borrowing' my bicycle is my fault, I am sure. That dark night, to rid myself of the hounding prophecies about stars at my feet, I throw the bike with its glittering pedals into the old open mine-pit. I almost pitch in after it! But destiny continues to covet me. I realize I no longer have a taste for competition. I find my fellows generally shallow. Told by the new Head of school about my grandparent's death in Zambia, I also learn my father is nearby, in Johannesburg. I find him to be a very sad and drunken man. He cannot pay my school fees. Very much against boarding school policy, I decide to work on Saturdays. I countenance the prefects. I pull out of the rugby team. I get disgraced. But upon graduation, I hand over my pay.

Conscription to the South African Army leads, after basics, to my serving as a sniper up at the border for two or three horrid months at a time. On my reprieves from frequent Call-Ups I work as a stoker for the railways, based in Pietermaritzburg. There I meet the love of my life, Felicity. Still, she refuses to believe that I never want children. I cannot trust that she won’t get pregnant. Then too, after this last Call-Up to the border, I narrowly escape death. My long-ago enemy, Aikimbo, finds me ankle-trapped. He cruelly tells me how he killed Valerie. At his poetic demise I am convinced I’ve had enough of war. But a letter from the London based Reverend Martin, the man I once met on the train down from Zambia, helps me make up my mind. In the face of yet another Call-Up, and while shoveling coal on the torturous track between Mason’s Mill and Franklin (literally like stoking while on a real classical mountain diagram) I plan my fearful escape. I hitchhike the three days to Cape Town. Reverend Martin’s family awaits me. They help me to get stowed away. But by going AWOL I will have to desert Felicity too. Still, surely, I have no choice!

And now, aboard this ship (“on my second leaving,” as so long ago prophesied) I at last begin to write. My title is iAfrika! Is it my confession, or is it my penance? Read.
Posted by rfpentelbury at 12:17 PM